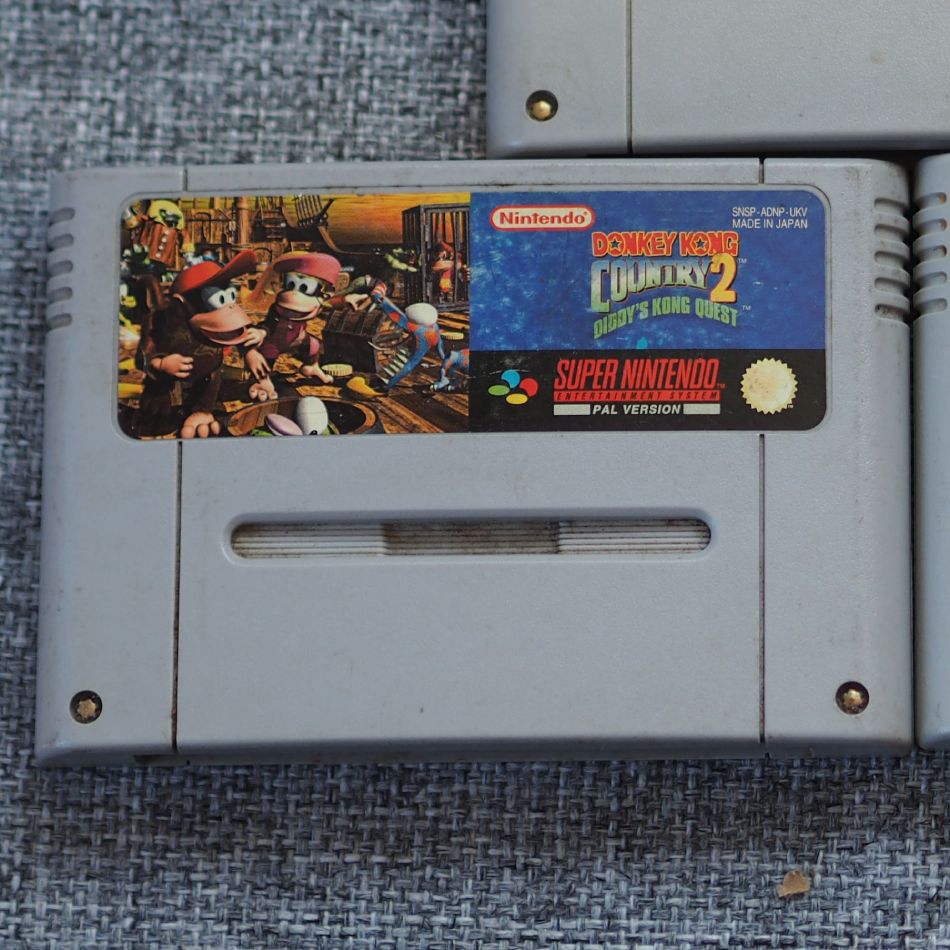 I am a massive fan of the Donkey Kong Country series and Nintendo have announced that you can now play it on the Nintendo Switch Online service.

You can watch the announcement video below.

Here’s what Nintendo have to say:

Kaptain K. Rool and his cutthroat Kremlings have kidnapped Donkey Kong and are holding him ransom at Crocodile Isle for the banana hoard! Who will brave the seas to save our hairy hero?

Enter Diddy Kong and Dixie Kong, and they’re ready to head out and show their stuff! Play solo, against a friend, or together with a friend in eight exciting worlds. During your adventure, meet up with other Kong family members for some fun times or friendly advice. Be on the lookout for animal friends, collectibles, and hidden areas, as they can be very valuable in your adventures!

This puzzle game was released for the Super Famicom™ system in 1995—and has never been translated into English. Its puzzles ask the player to use numbers marking the rows and columns of a grid in order to uncover each solution and bring a hidden image to the surface. In addition to the normal play mode, there is also Wario’s Super Picross, which has a set of difficult puzzles to tackle. But you don’t have to play alone! You can get a friend in on the excavation by simply connecting a second controller. Two chisels are better than one, they say!

Released for the Super Nintendo Entertainment System™ in 1994, this action game takes place as it comes to light that the DM Corp and its president, Trip Iago, are responsible for a string of troubling incidents. It’s up to Flynn and his crew to rise up and stop DM. Progress through each stage by executing on the deep action gameplay, using each character’s unique moves and unleashing their super attacks by holding the X Button and then pressing the A Button!

In the year 2029, Supreme Commander Vile Malmort and his army land on Earth, setting in motion their plans for world domination. Humanity’s last hope now resides in the hands of the Special Cybernetic Attack Team, or S.C.A.T. for short. Play as a male or female half-human and half-machine soldier, solo or with a friend. Blast and fly through relentless enemies and bosses while collecting power-ups that provide new weapons, speed boosts, and life recoveries. Your main objective is to send these alien invaders packing. Get ready, soldier. You’re Earth’s only hope.