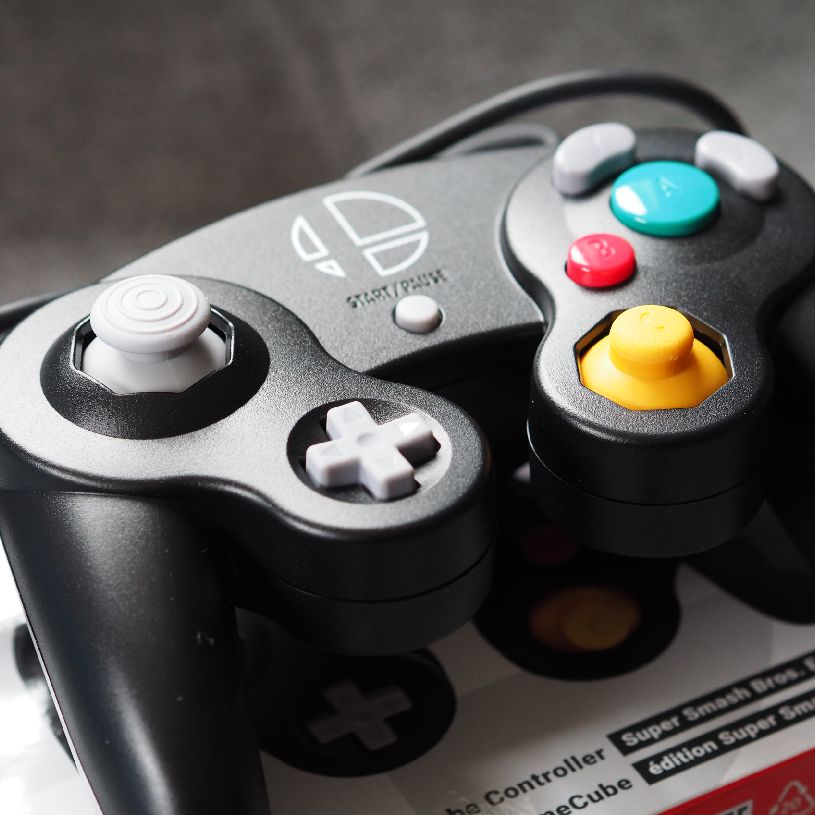 I have had a lot of trouble sourcing a working second-hand controller, however when I stumbled across the Super Smash Bros Edition GameCube controller, it solved all my controller nightmares.

While this controller was mostly designed for Nintendo Switch gamers to play Super Smash Brows Ultimate using an adapter, it works perfectly with the original GameCube.

The control sticks work nicely and if anything is a little stiffer than my controllers that I queued up to buy on launch day back in 2002.

The lovely analogue triggers work as expected in games like Luigi’s Mansion and Mario Sunshine. One of the problems that I have personally found with second hand GameCube controllers is that analogue triggers seem to stop working.

There are only two real noticeable differences to an original controller from back in the day, aside from the colour and the Smash Bros logo on the controller. Firstly, the plastic feels a little different. It’s a little hard to describe, but it’s almost a bit more textured. However, the controller still feels great in the hand. Secondly, the cable is much longer than on the original controller, which is super as it means that don’t have to sit right in front of your TV.

If you are on the lookout for a “new” GameCube controller to play some classic GameCube games then you can’t go wrong with this perfect replica.